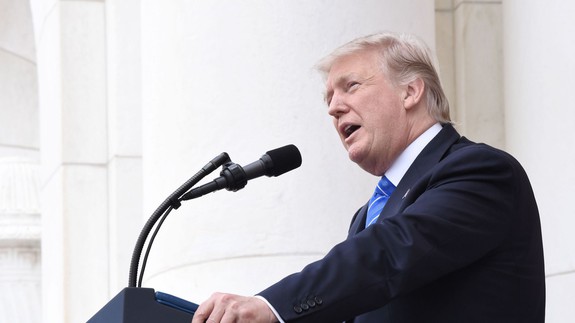 On Friday, two men, Ricky John Best and Taliesin Myrddin Namkai-Meche, were brutally murdered while trying to confront someone hurling anti-Muslim epithets on a comm in Portland.

The two have been widely hailed as heroes, but not by President Donald Trump — until Monday.

Trump broke his silence with a tweet from the @POTUS handle. Forgive us if this doesn’t seem to have come from Trump himself.

The violent attacks in Portland on Friday are unacceptable. The victims were standing up to hate and intolerance. Our prayers are w/ them.

SEE ALSO: 8th graders refuse to take a photo with Paul Ryan because they don’t “want to be associated with him” Read more…