Prankster who streaked on Eurovision could face 5 years in jail 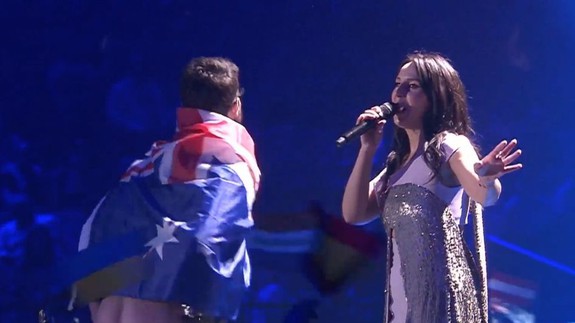 The dude who crashed the Eurovision stage — who everyone thought was Australian because he was wearing the country’s flag as a cape, but isn’t — appears to be in a lot of trouble.

Ukrainian prankster Vitalii Sediuk mooned the crowd and millions of television viewers on stage during the performance of reigning winner Jamala at the final in Kiev on Saturday night.

SEE ALSO: Some dude wearing an Australian flag jumped onstage at Eurovision and mooned everyone

Here’s the moment again, if you missed it.

Sediuk was removed from the stage, and no references were made to the incident by the show’s presenters. Australian fans were reportedly furious following the incident, with concerns that the country would not be invited to compete in Eurovision again. Read more…