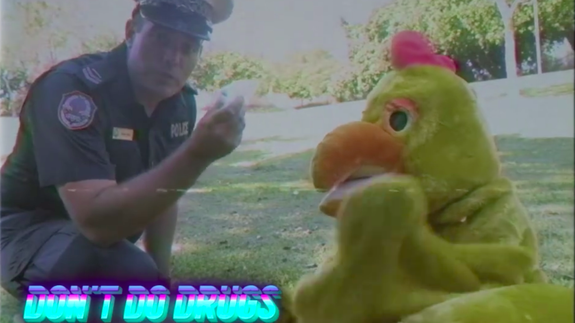 We’re not sure what’s in the water Down Under, but Australian police like to try and outdo each other by having the country’s weirdest social media presence.

While you might have seen the Nickelback-hating work of the Queensland Police, Northern Territory Police is here to throw its hat in the ring with an ’80s-style safety video for the upcoming Darwin festival, Bass In The Grass.

It’s chockful of VHS-esque filters, throwback graphics, and of course, really, really bad acting. The video is definitely cringeworthy, but we think they were totally going for that.  Read more…