In today’s world, where social media rules and celebrities are emulated and worshiped, it is no surprise that many of us regular folk strive to look like our favorite celebs, even to the point of having plastic surgery to do so. Have you ever dreamed of having a more voluminous bust line or a perfect pout, on par with your favorite stars? Simulated perfection is as close as the nearest plastic surgeon.

So which famous people have the most coveted body parts, according to plastic surgeons? Well, much depends on who you ask, but the following celebrities are named most often when people decide they want to change a feature—or features—to improve their looks:

Jennifer Aniston’s name is often mentioned when women visit the plastic surgeon. Known for her youthful, girl-next-door look, many women ask for the “Aniston nose” as well as Natalie Portman’s nose and Nicole Kidman’s nose. A skilled surgeon can determine if the nose shape you request fits with the rest of your face, otherwise, no matter whose nose you have, you won’t be happy! 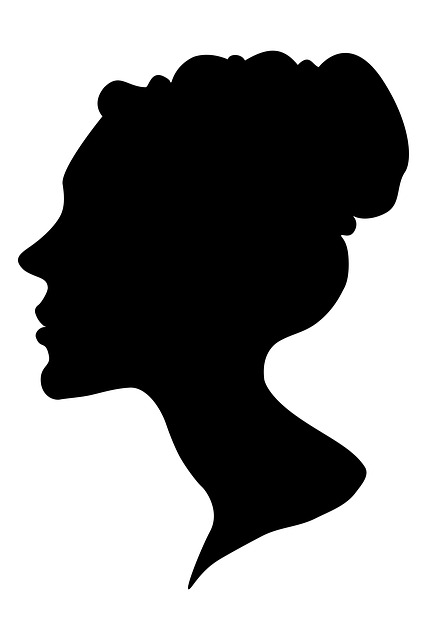 us gents like Ben Affleck, and Ryan Reynolds but truth be known—a nose like theirs doesn’t suddenly transform you into a superhero!

So what’s it take to achieve a sniffer like your favorite actor or actress? Undergoing a rhinoplasty procedure can include removal or addition of bone or cartilage, skin grafting, and essentially ‘molding’ the nose to a new shape. Performed by a surgeon, the procedure can be complete either in an outpatient setting or in a hospital for more complicated procedures. Expect a nose job to set you back anywhere from $3000 to $6000.

With a steady rise in popularity, butt lifts and butt implants are all the rage. Which famous ladies have the best backsides, according to the inquiries received by plastic surgeons? It looks as if Kim Kardashian derriere has eclipsed that of beauties Jennifer Lopez and Beyoncé—but just by a shadow. And how can you have your very own Kardashian? Either a Brazilian butt lift, where fat is transferred from another part of your body to your rear or with the insertion of butt implants. Both will enhance the roundness and fullness of your backside, but it comes at a cost: the procedures start at around $4000 not including additional fees.

Another very popular plastic surgery procedure is breast augmentation. Many women seek breast augmentation surgery to fill out their form or to even out their proportions. As far as celebrities with envied assets, Salma Hayek, Scarlett Johansson and Jessica Simpson are oftentimes mentioned as having the perfect balance of fullness and firmness while not appearing too fake. The newest twist on breast augmentation is much like the Brazilian butt lift, where fat from another part of the body is siphoned off and injected into the new site. Expect to pay anywhere from $3000 to approximately $10000, depending upon the doctor’s experience, the type of materials used for the implant, and assorted costs, including anesthesia.

Want to have pillow-y lips like Scarlett Johansson, Angelina Jolie or Kiley Jenner? Prepare to spend anywhere from a few hundred dollars for lip augmentation fillers to several thousand dollars for synthetic lip inserts or fat grafting. Lip augmentation can be achieved by using any one of several dermal fillers such as the popular Restylane and Juvederm. These fillers can plump up your pout but not permanently. To achieve an everlasting look, you’ll need to go the lip implant route, like the silicone lip implant PermaLip, or to have fat grafted from another part of your body and injected into your lips. It is recommended that you try the fillers first to ensure you love the plumped up look before you decide to permanently change your appearance.

If you are looking for perfect cheekbones, look no further than superstars Jennifer Garner, Beyoncé, Ashton Kutcher or Will Smith—they are the celebrities with the most sought after cheekbones. Accentuating your cheekbones will give you a younger, more contoured appearance to your face. But be prepared: silicone cheek implants will cost you a few thousand dollars.

Want amazing abs but don’t want the hassle of working out? A few options can possibly give you a six pack like Janet Jackson, Fergie, or Channing Tatum, the most requested sets of abs on the planet. To achieve the envied abs, you can undergo an abdominal etching, a form of liposuction that gives you a flat, tight stomach with greater muscle definition. The surgeon removes excess fat, and then creates grooves in remaining fat layers to simulate the appearance of toned abs. The other option is abdominal implants that are designed to replicate the look of the six-pack, and they can provide an even more defined appearance than abdominal etching. Hopefully, you’ve been saving your pennies; the average cost for abdominal etching runs about $6500 while abdominal implants cost upwards to ten grand.

Obviously, many famous people have appealing physical features, ones that regular people pay good money to try to duplicate. Plastic surgeons everywhere caution their patients trying to mirror their favorite star’s look: these procedures will not change your life; just your appearance. Don’t expect to be starring in movies after receiving a nose like Jennifer Aniston’s or landing a promotion just because your breasts are as ample as Scarlett Johansson’s—it just doesn’t work that way. And recognize that while your doctor—while skilled and aptly trained, no doubt—is not a magician. Keep your expectations realistic. Take, for instance, people who were born with beauty, and decided to forge ahead with plastic surgery anyway. Heidi Montag, for one, was a gorgeous girl who opted to have ten plastic surgery operations in one day—and morphed into a Franken-babe. She regrets all her surgeries and says she will always feel like Edward Scissorhands from the movie of the same name. Kenny Rogers, of “The Gambler” fame, gambled on a facelift to look younger for his kittenish wife and wound up discontent with his outcome. Just goes to show you, you can have fame and money, but it doesn’t guarantee the outcome of your plastic surgery. Be careful; do your research and keep your expectations in line.