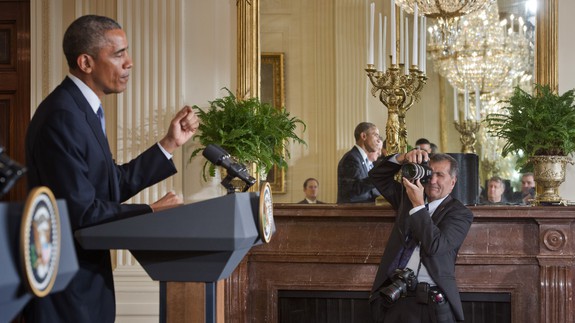 Ex-White House photographer Pete Souza is the gift that keeps on giving — he consistently posts amazing photos of the Obamas on Instagram while mixing in subtle Donald Trump shade.

Now, Souza’s giving fans something else to look forward to: former president Barack Obama will write the foreword for his book, Obama: An Intimate Portrait: The Historic Presidency in Photographs, The Hill reported.

Souza has intermittently posted photos of the book being put together, along with some sneak peeks of famous images that have made the cut for publication. One such photo, posted to his Instagram Sunday, is in honor of LGBT Pride Month.  Read more…