People want Britain’s prime minister to stand up to Trump, not hold his hand 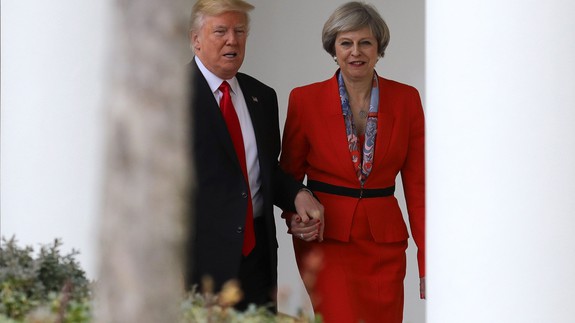 Donald Trump’s decision to pull out of the Paris Climate Agreement has left most world leaders with their heads in hands.

In the UK, the leader of the country’s opposition Labour party, Jeremy Corbyn dubbed the decision “reckless and “regressive.” He couldn’t resist a dig at Prime Minister Theresa May in the process.

She’s been branded “weak” and “spineless” following her responseAccording to a statement, the Prime Minister told Trump of her “disappointment” in a phone call, but did not sign a joint condemnation from France, Germany, and Italy. Read more…