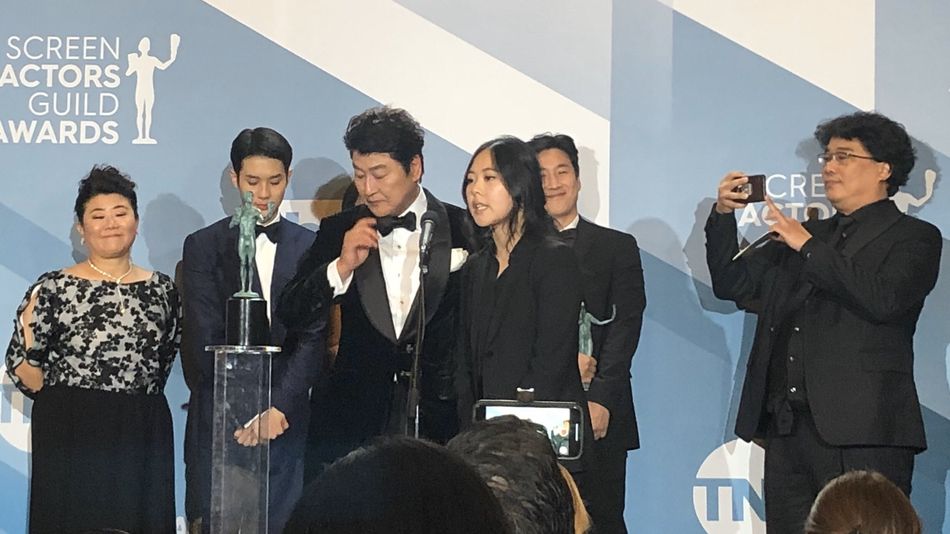 His black comedy Parasite made history on Sunday night when it won the Screen Actors’ Guild Award for Outstanding Performance by a Cast in a Motion Picture. It’s the first non-English film to win the award. Director Bong Joon-ho couldn’t be more proud — like a parent recording his kids’ first steps, he whipped out his phone and took pictures of his cast throughout the ceremony.

Bong Joon-ho recording the cast at the end is sending me 😂😂😂 https://t.co/yZSG1teOQf

The cast and director celebrated backstage with cheering.  Read more…