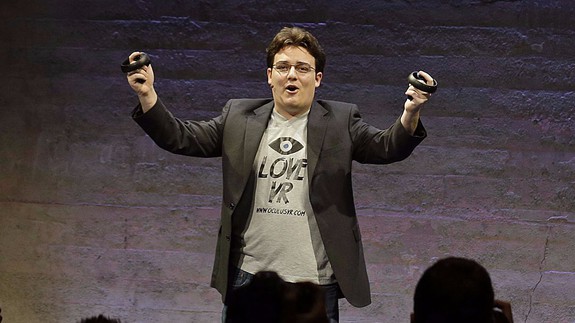 Palmer Luckey, co-founder of Oculus virtual reality, gave his old employers at Oculus and Facebook a huge middle finger this week by donating thousands of dollars to a VR project that makes Oculus-exclusive VR games playable on its competitor’s VR device, the HTC Vive.

The creator behind Revive, a pet project aimed at breaking down exclusivity barriers for VR systems, confirmed Thursday that the big jump in donations per month on his Patreon came from Luckey.

SEE ALSO: ‘Echo Arena’ is the first VR game that made me forget I was real

Luckey parted ways with Oculus and Facebook in March following the revelation that he was a Donald Trump supporter and had previously said some negative things about Hillary Clinton. He later denied this after his departure. Read more…