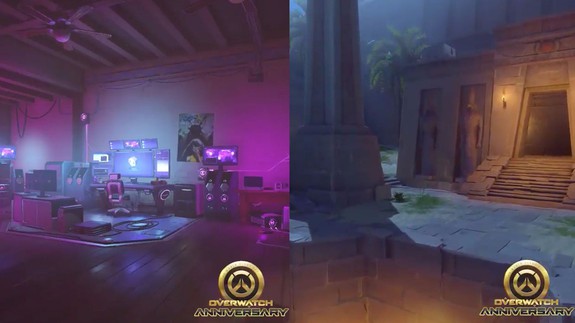 Three new arena maps are coming to Overwatch next week as part of the Overwatch Anniversary event, and they look awesome.

The official European Overwatch Twitter shared a 30-second video this morning teasing six different scenes from three different arena maps, which will be added to the game when the anniversary event kicks off May 23. These maps will only be playable in the arcade in either 1v1, 3v3, or custom game modes.

The party begins May 23! ?? pic.twitter.com/umXbr0bq7k