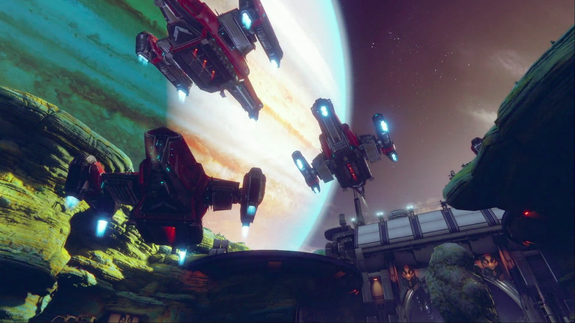 Yesterday’s long-awaited Destiny 2 reveal was undeniably awesome, but for the game’s enthusiastic hardcore community it was also bittersweet. Yes, there’s a new Destiny adventure on the horizon, but that also makes the old one history. And moving forward means leaving things behind.

SEE ALSO: When ‘Destiny’ was born

Bungie keeps saying that Destiny 2 will be a “fresh start” for old and new players alike. All the precious trophies we’ve earned over the last three years — the flamboyant armor, the outrageous guns, the rocket launchers and giant lasers we pined for and sought after endlessly — will be gone. And so will Destiny’s two most unique abilities, the Defender Titan’s bubble shield and the Sunsinger Warlock’s self-resurrection. Read more…