On the anniversary of Harambe’s death, the internet grieves with memes 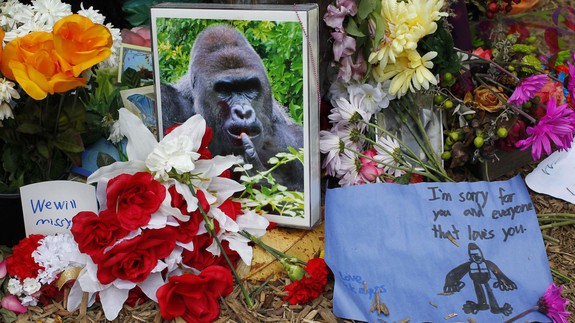 It’s been a year since Harambe was killed, but the internet will never forget.

Last year at this time, a curious toddler wandered into the gorilla’s cage at the Cincinnati Zoo, leading zoo officials to then shoot Harambe out of fear of what he might do.

Bored people on the internet — remember, this is the pre-Trump era, when people used to be bored — then took up the gorilla’s cause. No one, it should be noted, wanted them to.