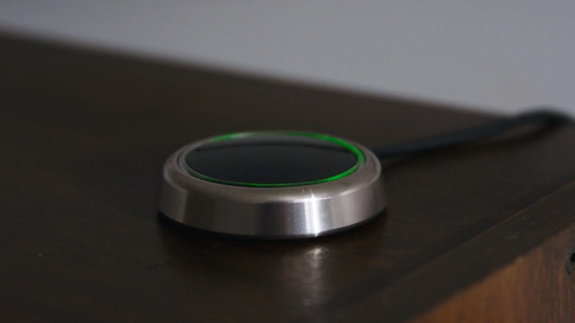 Since the dawn of time, people who aren’t terrible have been using words to ask other people to have sex with them. What if we could do away with all that and press a fuck button instead?

A would-be product called LoveSync, which is mid-Kickstarter campaign at the moment, wants to do just that. Basically, it’s two buttons — one for you and one for your partner — that you can press whenever you’re interested in having sex. If your partner has also pressed their button, you’ll both be notified with a “swirling glow.”Then you just have sex, I guess?