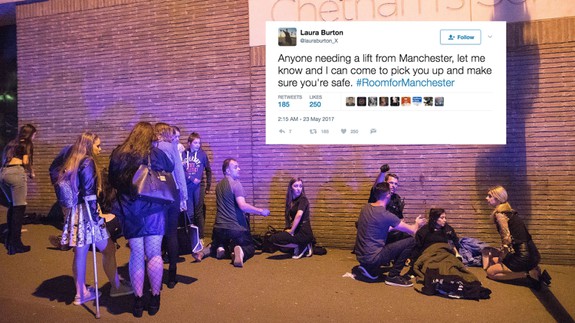 Look for the helpers.

Within hours, if not minutes, of the events at an Ariana Grande concert in Manchester that saw several people dead and dozens more injured, offers of help were flooding in online.

On Twitter, one of the first hashtags to emerge from the incident was #roomformanchester, in which local people advertised rooms in their homes for anyone affected by the incident and the ensuing travel chaos.