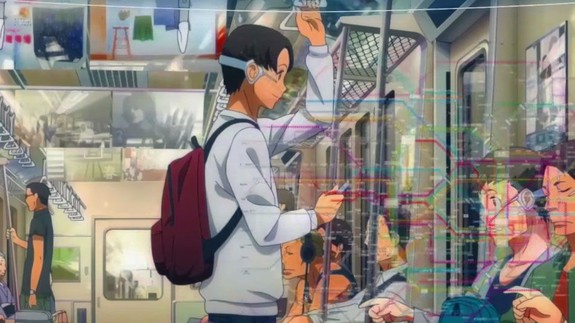 Facebook’s Oculus virtual reality unit has moved on from its founder, Palmer Luckey, but that doesn’t mean that the guy who literally kickstarted the modern VR space is done thinking about the future of VR.

In an interview with Japan’s MoguraVR, translated and surfaced by Road to VR, Luckey talks about the current state of VR and augmented reality (AR) at length. But things get really interesting when he mentions what he thinks is the best cinematic representation of AR currently available.

SEE ALSO: The future of Nike design looks amazing in this concept video

“The best portrayal of AR can be found in [the movie] Sword Art Online: Ordinal Scale,” said Luckey. “At the moment most AR devices are just about displaying HUD. On the other hand, the AR technology that appears in the theatrical version of SAO is closer to MR [mixed reality], and builds a virtual world based on reality.”  Read more…