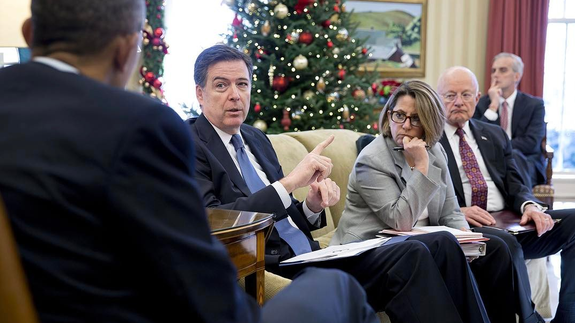 Former White House photographer Pete Souza has a social media weapon, and he really likes to use it to troll President Donald Trump.

Shortly after news broke that Trump fired FBI Director James Comey on Tuesday, Souza went to Instagram to express his opinions on the matter. While plenty of people roast Trump on a daily basis, Souza’s burns tend to be done with an indirect tact that leaves his followers wanting more.

SEE ALSO: Obama’s White House photographer at it again, but this time with a bittersweet #TBT

Every person in this photograph is a patriot.