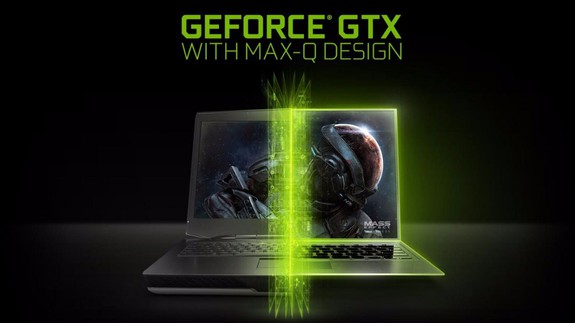 Hey, guess what? Gaming laptops don’t have to weigh more than a newborn child anymore.

Nvidia’s new “Max-Q” approach to design allows hardware manufacturers to cram the power of a GTX 1080 into a shell as thin as 18mm. That’s roughly where Apple’s MacBook Air is at these days, though a 1080-powered Max-Q will still be a hefty piece of tech, at around five pounds.

SEE ALSO: How I lost the first national VR gaming tournament, but saw the future of esports

To be clear: this isn’t new hardware. Rather, it’s a new way of building a laptop, provided the manufacturer is using Nvidia technology. Max-Q laptops will start to surface worldwide on June 27, and the ROG Zephyrus, from ASUS, will be one of the first. Read more…