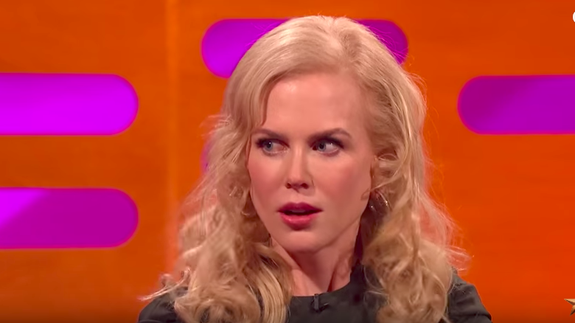 Nicole Kidman talked about her impending 50th birthday on the Graham Norton Show on Friday night, and she had a warning for her husband and party-planner-in-chief Keith Urban.

“I actually break out in a coldsore if I have a surprise,” says Kidman. Urban says he has a lot of stuff planned, but he’s aware of her dislike of surprises.

“I did have a surprise party once when I was 30 and it was so shocking to me because people had come from overseas and they’d set it all up and people walked in and I broke out in a coldsore […] Like, on the spot,” she said.

Kidman explained that she had been speaking on the phone to her father who said her mother was “in the garden” in Australia, but moments later she walked into a room in Montana, U.S. Read more…