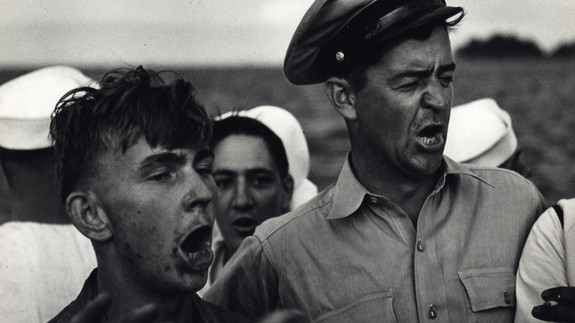 Shortly after the entry of the United States into World War II, the Navy established the Naval Aviation Photographic Unit to create images for pilot recruitment campaigns.

The Navy was competing with the Army Air Corps for a limited pool of skilled airmen, and needed top-rate images to give them an edge in attracting talent.

They asked Edward Steichen, one of the most renowned and well-paid photographers in the world, to assemble a team.

Steichen recruited a handful of men, like Wayne Miller and Horace Bristol, who would go on to become famous in their own right. Read more…