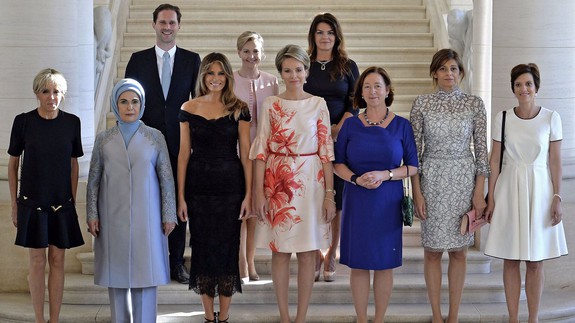 If we can take our eyes off of Trump’s horrifying shove for one second, we can see that something really amazing happened at the NATO conference yesterday.

While their significant others attended a gathering as part of the North Atlantic Treaty Organization conference in Brussels, Belgium, the wives and partners of several NATO leaders gathered for a dinner and group photo opp. For the first time, the group was joined by a man – husband of Luxembourg’s first openly gay Prime Minister Bettel, Gautheir Destenay.