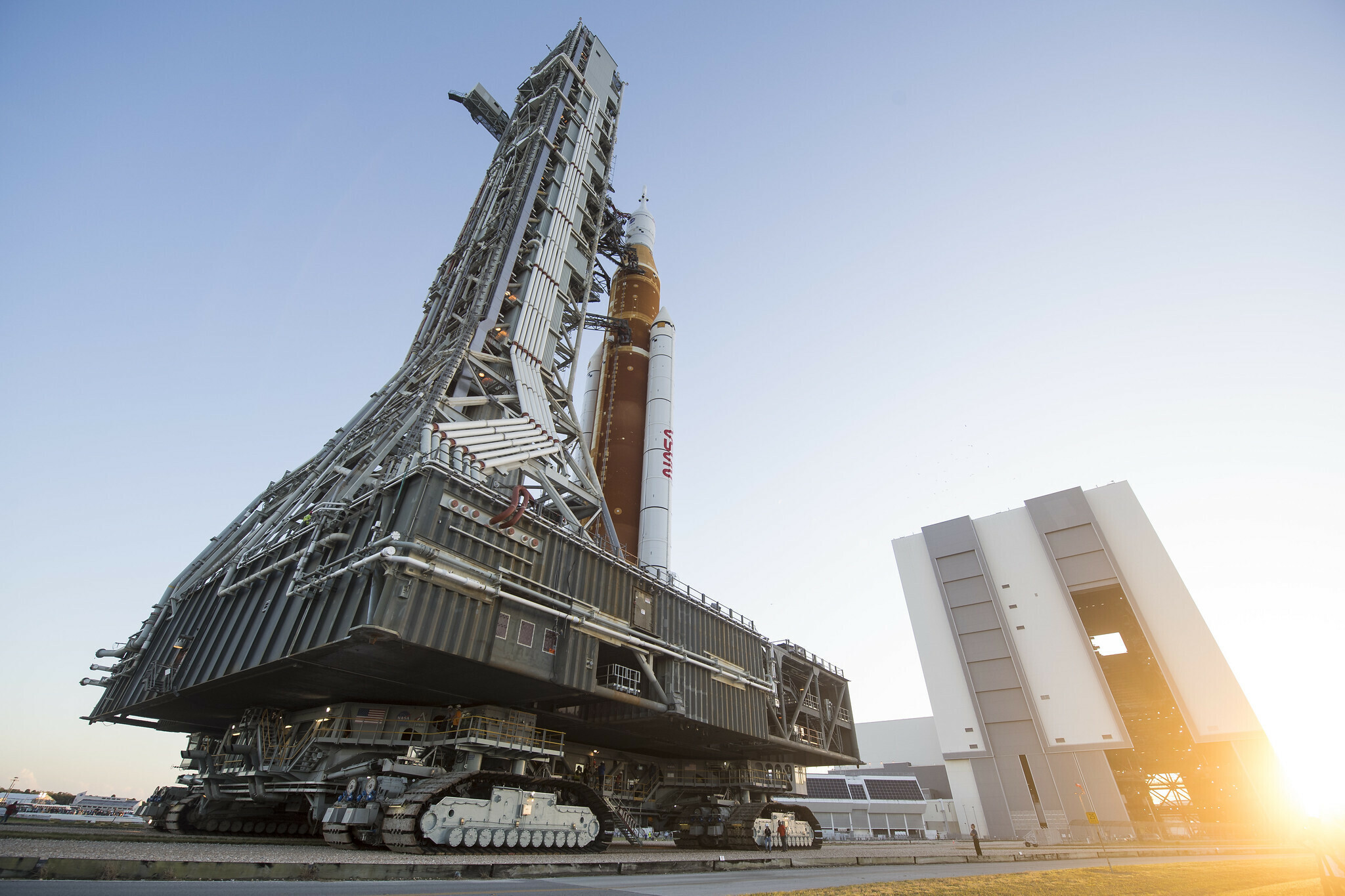 UPDATE: Jun. 25, 2022, 2:02 p.m. EDT On June 24, NASA declared that it completed the launchpad testing for its moon-bound megarocket, the Space Launch System. “We have completed the rehearsal phase, and everything we’ve learned will help improve our ability to lift off during the target launch window,” Tom Whitmeyer, NASA’s deputy associate administrator for common exploration systems, said in a statement. “The team is now ready to take the next step and prepare for launch.” A launch date has still not been announced.

NASA managers preparing a megarocket to fly around the moon said they’re still not ready to announce a launch date following a long weekend of tests that concluded on June 20.

After making repairs to the rocket, the U.S. space agency, again, attempted a so-called “wet dress rehearsal” of its mammoth Space Launch System, or SLS, at the launchpad in Cape Canaveral, Florida. Despite officials hailing the effort as mostly successful, the rehearsal revealed a hydrogen leak, and the team was unable to fulfill all of its test goals.

Tom Whitmeyer, a deputy associate administrator for NASA, used a mix of metaphors to characterize where this leaves the agency on its quest to resume a meaningful human space exploration program.

“We talked about [this test] being pieces of a puzzle and a delicate dance. We got through the dance, and now we’re looking at the pieces of the puzzle to decide what are the pieces that we didn’t get,” he said during a call with reporters on Tuesday. “We have a pretty good idea what the puzzle looks like at this point.”

NASA wants to use the rocket for Artemis I, the first U.S. lunar mission since the Apollo era. The enormous 5.75 million-pound rocket will eventually send the new Orion spacecraft around the moon — without astronauts the first time — then splash down in the Pacific Ocean. A major purpose of the flight is to show that the capsule can safely reenter Earth’s atmosphere and hit its target in the water before it carries human passengers.

It’s been a long time since NASA had a rocket of this magnitude, capable of sending heavy loads of cargo and people into deep space. Not only is it built to travel to the moon, it’s expected to one day put the first astronauts on Mars.

Officials said they would need to review the test’s data to determine when the first mission will launch. When asked directly if August was still on the table, Whitmeyer said they didn’t know yet.

The tests were intended to practice loading fuel into the rocket’s tanks and counting down to liftoff. The plan was to run down the clock to nine seconds, just before engines would typically fire, but the team instead stopped at 29 seconds.

NASA managers didn’t clearly define the goals that were not achieved. The team will assess what, if any, repairs can occur at the launchpad, and whether they need to roll the 322-foot rocket back to its warehouse, said launch director Charlie Blackwell-Thompson.

Previous wet dress rehearsals of the rocket this spring revealed bad valves, faulty fans, and leaks. NASA wheeled the rocket back to its storage facility for repairs before this past weekend’s practice run.

Now engineers will weigh the risks of performing some additional checks, said John Honeycutt, the rocket manager. But he emphasized that regardless of the remaining issues, the public shouldn’t be concerned the mega moon rocket isn’t safe.

“We will have either a successful launch or a scrub because we have protection in the system already for those objectives that we didn’t meet, should they not perform properly on launch day,” he said. The unmet objectives are “not really about making the vehicle safer to fly. They’re really about, ‘Can we hit the launch target for the window that’s optimum for our lunar mission?'”

NASA managers, however, were clear about one thing: They said the Orion spacecraft performed quite well during the tests.