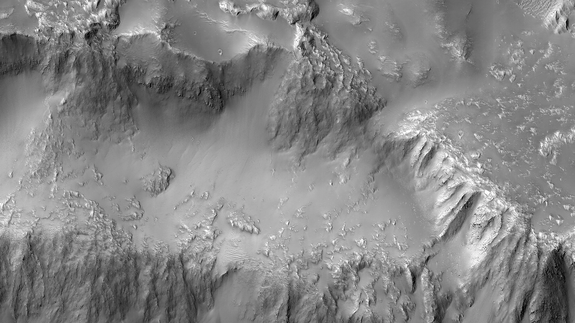 Sure, NASA has found signs of ancient water on Mars multiple times over the years, but now it’s time to talk about something that’s significantly more badass: molten Martian lava.

NASA’s Mars Reconnaissance Orbiter (MRO) has taken photos of a part of the red planet that once played host to huge multi-tiered falls of lava that cascaded into a crater.

The images even show off the (now dried) circular flow of lava at the base of the falls, where the molten rock fanned outward on the crater’s floor, NASA said.

“The lava flows and falls are distinct as they are rougher than the original features that are smooth and knobby,” NASA said in a statement, referring to the features as the “Niagara Falls of Mars.”  Read more…