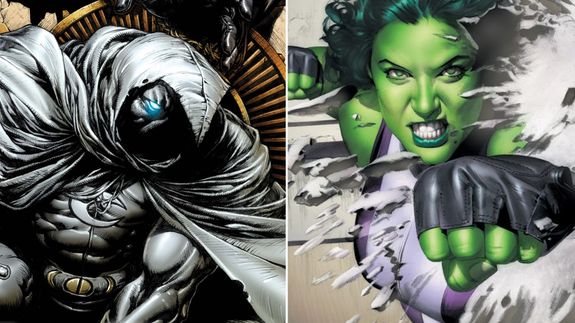 The Disney+ side of the Marvel Cinematic Universe just keeps growing.

Moon Knight will be an action-adventure series about Marc Spector, who is left for dead in the Egyptian desert. Per Feige, while there, he encounters the Moon God, who leaves him with superpowers… or maybe he just starts harboring delusions.

She-Hulk is about Jennifer Walters, a lawyer who gains certain superpowers. “Bruce Banner is no longer the only Hulk in the MCU,” said Feige, who described the series as “unlike anything we’ve done before.” Read more…