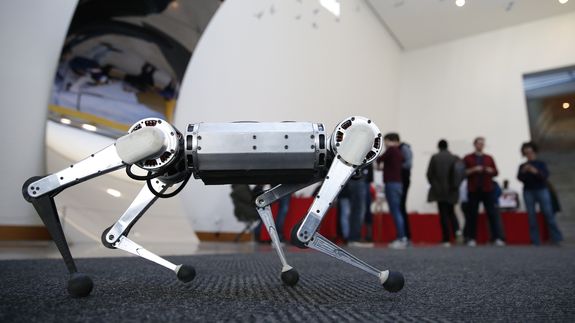 What’s more disconcerting than watching MIT’s dog-like Mini Cheetah robot cavort around? Nine of them doing it in unison.

We’ve had concerns about MIT’s robots for some time now, but a new video from the school’s biomimetic robotics lab opens into new levels of terror. After a playful bit of robot soccer, the nine Mini Cheetahs gather together like a military unit and start playing a dystopian version of “Simon Says.”

The synchronized stretches and backflips are creepy enough, but the leaf piles will really mess up your day. This is what the eventual, clearly inevitable robot uprising will look like right in the moment it happens. Read more…