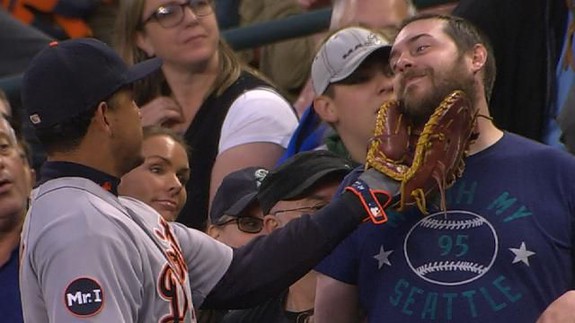 Miguel Cabrera is the most fun player the MLB has had since Yogi Berra. He has give us reason after reason to fall in love with him and his antics, and this is just icing on the cake.

SEE ALSO: MLB wants you to sit through an entire baseball game in VR

During a 7-5 loss to the Mariners, the Tigers’ first basemen went to make a play on a foul ball down the first baseline, but caught something else in his glove instead. Something much better.

Cabrera became distracted by a fairly glorious beard in the front row and reached out to feel it, as one does, creating an especially tender moment between the two.  Read more…