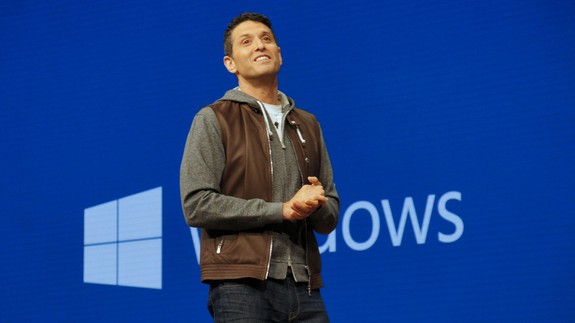 That’s the assessment of Microsoft Executive VP for Windows and Devices Terry Myerson who was recalling the very first staff meeting with the newly installed CEO three years ago.

“He deeply was convicted about refreshing our mission statement,” said Myerson, who sat down with me a few weeks ago, just hours after unveiling Windows 10 S and the Surface Laptop.

SEE ALSO: The next version of Windows embraces iOS and Android like never before

Myerson looked a little drained (“I kind of feel like I go down in a dark cave for two days before these events”) and was careful not to tip anything coming at this week’s Build Developer’s Conference, but he wanted to explain Microsoft’s transition from a company that builds good products to one that more intentionally marries form and function. It all started, it seems with the new mission statement: Read more…