Michelle and Barack Obama are thriving in Italy without us 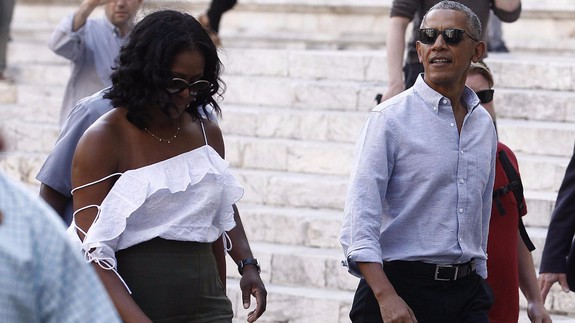 What have Michelle and Barack Obama been up to? Living their best life, that’s what.

Since leaving the White House in January, the two have been dropping knowledge at conferences and trying things like kitesurfing.

In early May, Barack spoke at the Seeds & Chips Global Food Innovation Summit in Milan, Italy, and since then, it seems the two have spent a great deal of time taking a break from politics to be tourists in the country.