Michael Moore says he’s about to ‘dissolve’ the Trump presidency 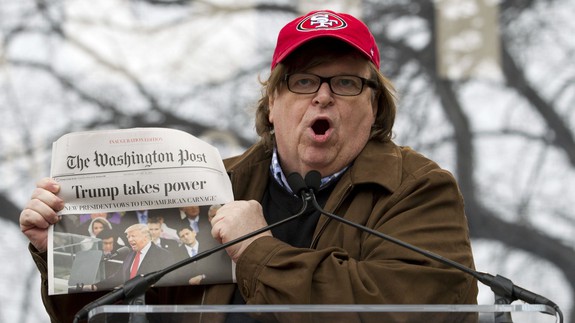 Michael Moore is resisting Trump in the best way he knows how: by making a documentary.

Titled Fahrenheit 11/9 – a reference to both the day Trump became president and Moore’s own George W. Bush-era documentary Fahrenheit 9/11 – the new movie promises to “be key in dissolving Trump’s ‘teflon’ shield and, in turn, his presidency,” per the press release.

Explained Moore in a statement (via The Hollywood Reporter):

Fahrenheit 11/9 will be distributed by The Weinstein Co., whose Harvey Weinstein says he is “ecstatic to be part of this revolution.”  Read more…