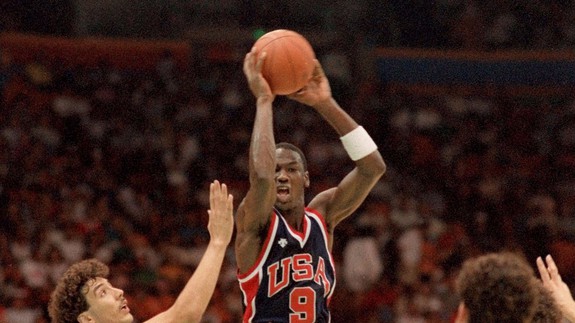 Now these are some expensive kicks.

A pair of Michael Jordan’s sneakers, worn during his 1984 Olympic gold-medal game against Spain, have sold for a whopping $190,373.

The sale marks the highest price on record for a pair of game-used sneakers, according to auctioneers SCP auctions.