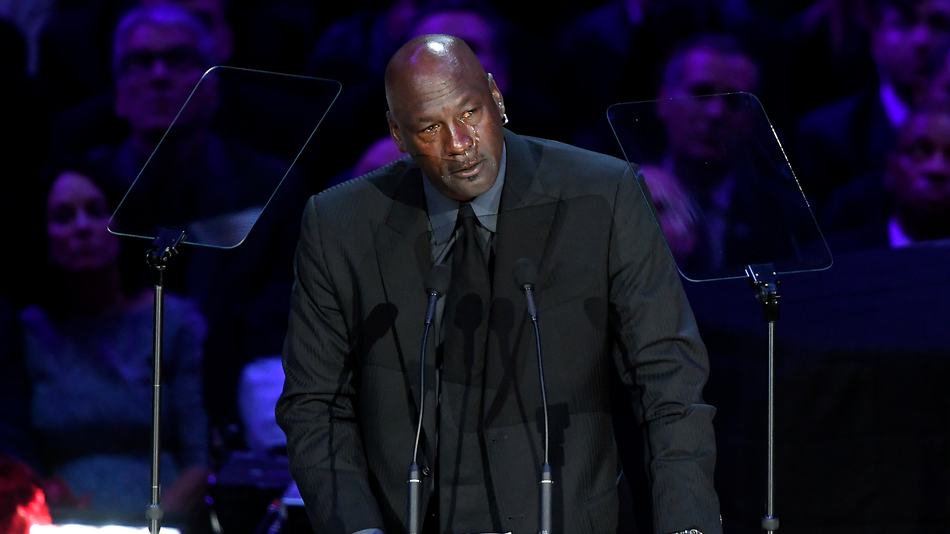 Michael Jordan delivered a powerful speech honoring Kobe Bryant at a public event on Monday celebrating the lives of the late Laker, his daughter Gianna, and the seven others who died in a tragic helicopter crash last month.

But Jordan — who sobbed as he spoke about his friend he called a “little brother”— also delivered a bit of levity by joking about the “Crying Jordan” meme that became a viral sensation online in the last decade.

“Now [Kobe’s] got me — I’m going to have to look at another crying meme for the next…” Jordan joked as the crowd erupted in cheers and laughter.