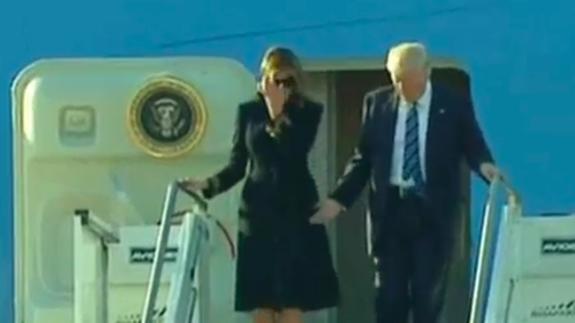 The Trumps are officially in Italy and guess what: Melania still doesn’t want to hold Donald’s hand. Sad!

Melania’s rejection comes hot off the heels of a slightly-less-subtle hand swat delivered at a Saudi Arabian event on Monday.

Tuesday’s “sorry I have to brush hair out of my eyes” move is classic middle school elegance. It says “yes, I came to the dance with you, but don’t think that means anything is going to happen.” Read more…