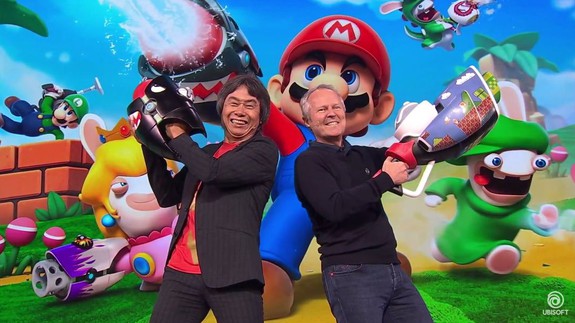 The turn-based tactical adventure game coming to the Nintendo Switch is a blend of exploration and strategic combat featuring classic Super Mario characters and Rabbids wearing Super Mario character outfits. Here’s a deeper dive into the game that wasn’t a part of the conference.

The Rabbids’ appearance has messed with the integrity of the Mushroom Kingdom universe, sending the world into disarray. The Mario characters and the friendly Rabbids need to put it back into place through tactical battles and strategy. No release window was announced, but hopefully we won’t have to wait too long to save the Mushroom Kingdom with the Rabbids’ help.  Read more…