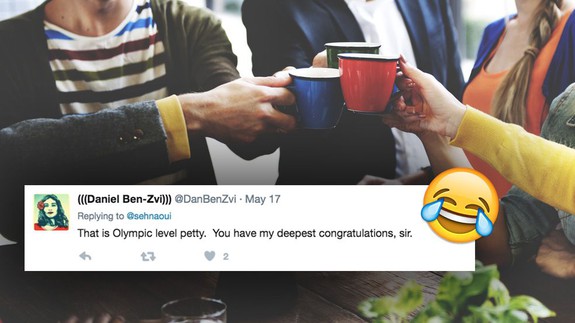 This guy is a hero — albeit a very petty one.

Twitter user Khalil Sehnaoui was sitting in a coffee shop next to a group of obnoxious humans when he was struck with a moment of evil genius.

He tweeted what went down.

People next to me are loud and rude. They just found the perfect name for their new business.

I just bought the domain name.

@iamlaurenp @sehnaoui Oh my gosh this is the ultimate in petty. Cudos Sirpic.twitter.com/N5FVEpFFGz