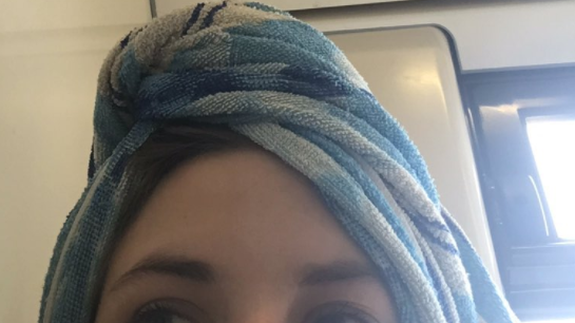 Harry Styles announced an unexpected show in London on Saturday, and one admirable fan was not about to miss out on tickets.

Marta — @perfisadis on Twitter — dashed out of her shower and rushed for the train after Styles tweeted details about the surprise show. (We assume she has notifications turned on for Styles’ tweets, which is the mark of a good fan.)

She rushed so quickly, in fact, that she failed to remove the towel on her head. And, friends, her journey — which she live-tweeted, of course — will inspire you: Read more…