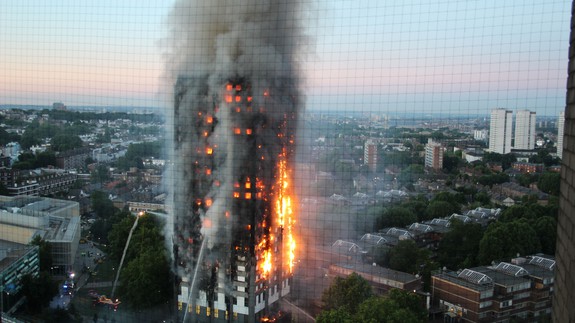 Residents in the west London high-rise block which was engulfed in a massive blaze repeatedly warned that Grenfell Tower was a huge fire risk.

In a blog post from November 2016, Grenfell Action Group accused the building’s landlord the Kensington and Chelsea Tenant Management Organisation (KCTMO) of ignoring health and safety legislation on the 24-storey block.

The post, entitled “KCTMO – Playing with fire!”, suggests that “only a catastrophic event will expose the ineptitude and incompetence of our landlord, the KCTMO, and bring an end to the dangerous living conditions and neglect of health and safety legislation that they inflict upon their tenants and leaseholders.” Read more…