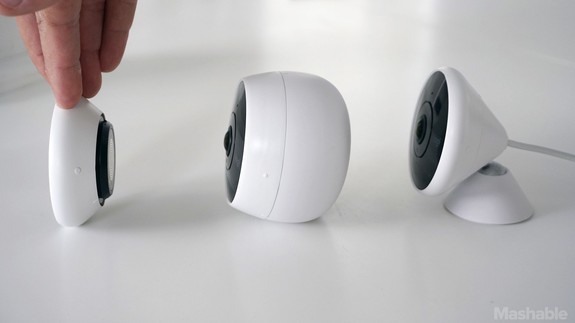 The original Circle camera received our Mashable Choice award for its simple and thoughtful design, beautiful app, and easy-but-powerful features. The Circle 2, available in wired ($179) and wireless ($199) model, pushes those ideas over the top.

First things first, the camera itself is now a whole lot smaller. The ball-shaped body is gone, replaced with a slimmer design. I kinda prefer the older look, which looked a little more Apple-ish, but the slim down allows the magnetic mount to move from the base to its backside. Read more…