Little boy goes on epic journey to buy TV for Mother’s Day, with only 40 cents in his pocket 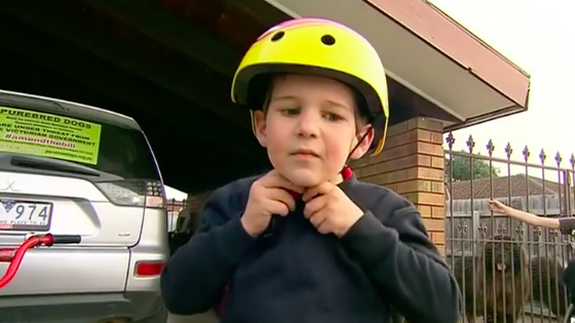 It’s often the thought that counts the most on Mother’s Day, but one little Australian boy gave his a family a shock with his daring attempt to buy a present.

Six-year-old Raith Barlow left his home in the Melbourne suburb of Geelong on Sunday morning without telling anyone, just so he could buy a television for his mum as a surprise on Mother’s Day.

SEE ALSO: 10-year-old boy asks stepdad to adopt him with a letter and life has never seemed more beautiful

Raith used a broom to unlock his home’s door latch while his mother was in the shower, then rode his pushbike 3.2 kilometres to a local supermarket to find the perfect gift for mum. Bless.  Read more…