LG’s new phone might have a screen under the screen 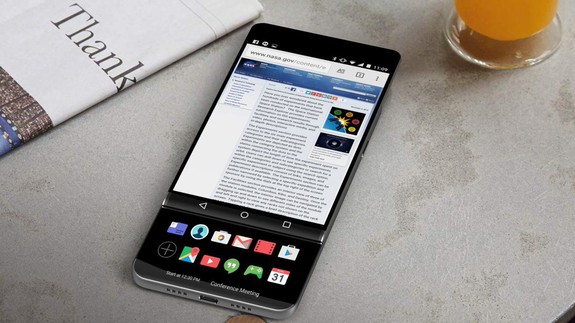 LG’s V series of phones is the company’s playground for screen-related innovation. Released in 2015, the LG V10 had a secondary screen on top of the main one, and the LG V20 followed up with a larger, better version of the secondary screen.

The upcoming LG V30, however, might go all out with a secondary screen that slides out from under the main screen.

SEE ALSO: This might be the cutest and tiniest smartphone ever

The news come courtesy of Evan Blass, who shared a couple of renders on his Twitter:

Here’s how the device was envisioned to look with the secondary display fully extended. [2] pic.twitter.com/HNkZErj7xB