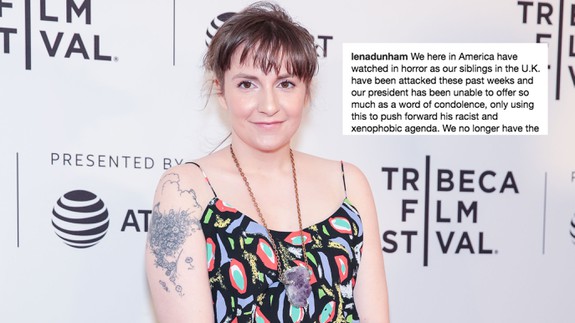 Lena Dunham has just waded into the UK General Election and offered one hell of an endorsement to Labour Party leader Jeremy Corbyn.

The Girls creator Instagrammed a photo of a badge which reads: “Get on board with the absolute boy.”

“We here in America have watched in horror as our siblings in the U.K. have been attacked these past weeks and our president has been unable to offer so much as a word of condolence, only using this to push forward his racist and xenophobic agenda,” wrote Dunham. Read more…