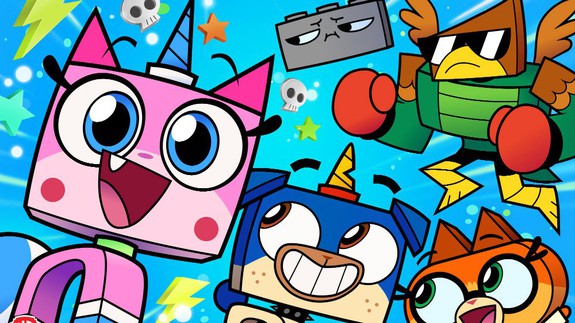 This news should help you STAY POSITIVE all week: Unikitty, the optimistic (and secretly rage-filled) scene-stealer from The Lego Movie is getting her own animated series, and it’s guaranteed to be the most sparkly, joyous, magical show in the history of television!

Or, at the very least, it’ll be adorable.

Unikitty! follows our titular heroine throughout her adventures in her kingdom, where she’s most interested in making sure everyone is happy and ridding the kingdom of negativity; but don’t misunderstand her optimism — she is one kitty not to be crossed.

SEE ALSO: Stop working like a sucker and get paid to build Lego models instead Read more…

More about Cartoon Network, The Lego Movie, Unikitty, and Entertainment