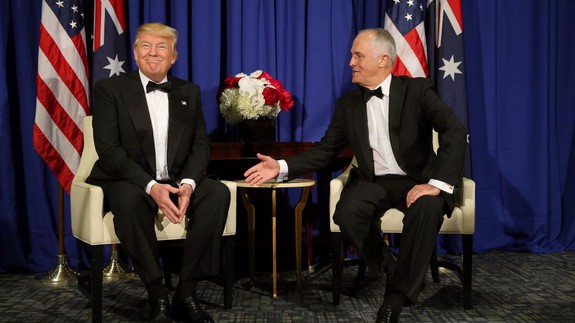 You can smell a tweet from the Donald brewing.

Only a month after a buddy-buddy meeting with Trump in New York City, Australian Prime Minister Malcolm Turnbull made fun of the U.S. president at a charity ball on Wednesday night.

It happened at the Midwinter Ball, which brings together Australian media and politicians, similar to the White House Correspondents annual gala dinner.

It’s agreed by those attending that what happens at the event is strictly not to be reported, which is why Turnbull perhaps felt comfortable doing what he did. Read more…