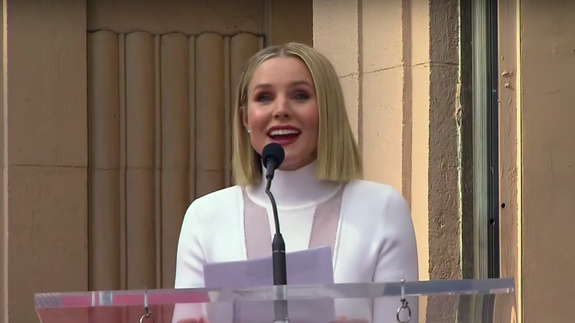 Kristen Bell was honored with a star on the Hollywood Walk of Fame alongside her Frozen 2 co-star Idina Menzel on Thursday, and delivered an acceptance speech which was pretty much what you’d expect of the Good Place actor.

“I am so grateful to be accepting this honor today on these hallowed streets where Pretty Woman sold her body for money — it’s really a dream!” Bell joked.

In her humorous but sentimental speech, the actor reflected on her career and the people who helped her along the way. Bell said she considered the support of her parents and husband — as well as the advice of Cher — more permanent and significant than her sparkling new star. Though don’t get her wrong, she was still thrilled to receive it. Read more…