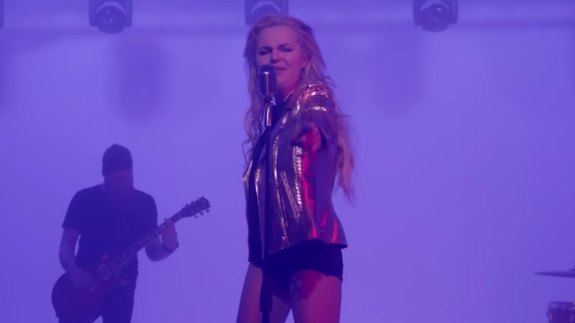 Political opposition? Lame, according to Russian pop singer Alisa Vox—who, according to a source who talked to Russian news site Meduza, was paid $35,000 by the Kremlin for her new music video.

The song is called “Baby Boy,” and it’s all about the joys of not protesting. Here’s a sample of the lyrics, as translated by The Moscow Times:

The rest of the song describes a student protester who holds signs with “weak hands,” missing classes and getting bad grades because he’s a “puppet” of opposition forces who falsely promise him “great riches.” Read more…