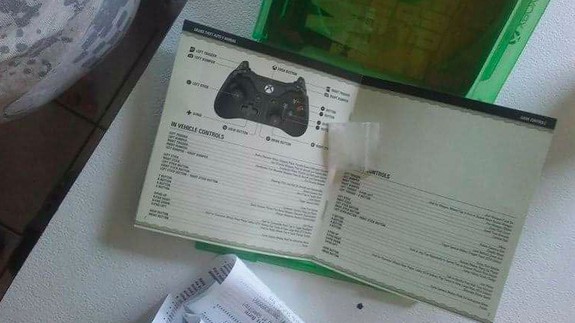 While rifling through the booklet of a used version of Grand Theft Auto V he just purchased from GameStop, an 11-year-old boy found a baggie containing six grams of meth.

Florida mother Kayla McAllister posted on Facebook Sunday saying her son found a bag of meth in the case of a used game bought at a GameStop in Tallahassee, Florida. She included the above photo with this message:

McAllister was worried that one of her kids could have ingested the drugs. In a comment she said she was relieved and thankful that nothing like that happened.

“My nerves are so bad right now,” she wrote in a follow-up comment. “Thank god [my son] was smart enough to bring it to us. I cant fucking imagine what could have happened if he didnt.” Read more…