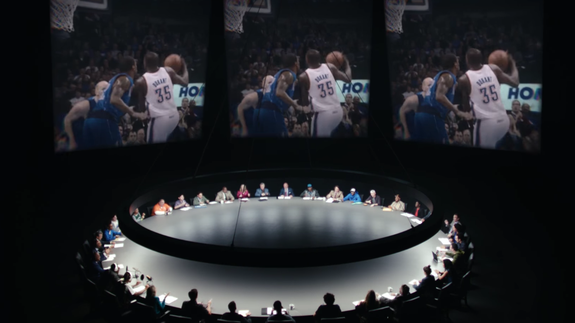 Nike was prepared for the Golden State Warriors and Kevin Durant to win the NBA Finals.

Right after the Dubs beat the Cleveland Cavaliers in Game 5 to become NBA champions on Monday night, this Nike ad dropped on ABC — and it’s pretty great.

Durant got a ton of flak for leaving the Oklahoma City Thunder and moving to the Bay Area (much like LeBron James did when he joined the Miami Heat in 2010).

Now, Durant is the NBA Finals MVP, and he looks pretty damn smart for joining Steph Curry and Klay Thompson on the West Coast.  Read more…