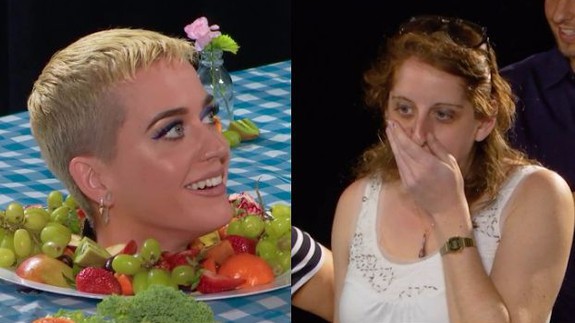 You’ve probably already seen Katy Perry’s unfortunate, new video for “Bon Appetit.” It’s an on the nose ode to cannibalism that left a whole bunch of people with lost appetites and made Perry look desperate for attention.

But that was just the beginning. That concept has now been taken to a new level with a creepy live art exhibit at the Whitney Museum in New York City, and now we are really wondering what the hell is going on with Katy Perry. The stunned museum-goers didn’t seem to mind, though, with most just happy to see the pop star in person — albeit as a head on a plate.

“This is like the 67th weirdest thing I’ve done,” Perry said in the video by Vanity Fair. We’re glad we didn’t have to witness the other 66 things.  Read more…