Join Samantha Bee in ‘the semantic vortex,’ where Trump mangles words and facts 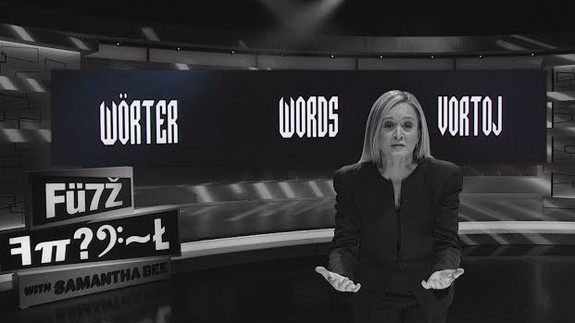 The team behind Full Frontal with Samantha Bee went fully dystopic in a Wednesday segment called “Fantastic Words and Where Not To Find Them.” The segment focuses on Trump and his administration’s rejection of words and facts and what things mean, and it’s enough to scramble anyone’s brain.

SEE ALSO: GOP staffer compares Trumpcare to Star Wars and we can’t even

“The one good thing about life in a fear-based regime is getting to play Scrabble with your Commander, and we were denied even that,” Bee said in yet another a perfect Handmaid’s Tale reference. But as the video notes, Scrabble is probably off the table with the man who finishes less than half of his sentences and thinks “euphanism” is a word. Read more…