John Oliver explains how the UK elections are a ‘clusterf*ck’ 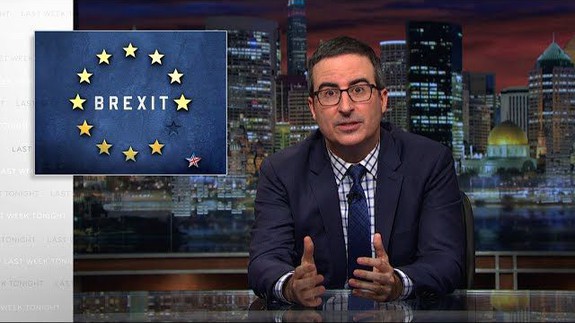 “British politics, when done well, can be very fun,” John Oliver said in the latest episode of Last Week Tonight on Sunday. Oliver, our greatest explainer of all things UK, broke down the special elections and its impact on Brexit, as well as who exactly Lord Buckethead is and why Prime Minister Theresa May needs his help.

A week from now, talks of Great Britain’s exit from the European Union will begin, and Oliver explains that the negotiations will revolve on whether or not the split will be “soft” or “hard” one—and what that exactly means.

“Any single part of Brexit is a mountainous task and that is before you get to the tiny little bits that you understand that we haven’t even thought might be a problem,” he said, like, for example, logistics when it comes to transporting pets.  Read more…