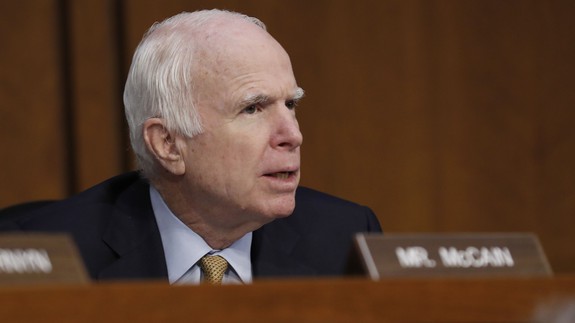 The American people are easily distracted. But surely — surely! — our esteemed lawmakers in Congress wouldn’t get distracted by a frivolous entertainment spectacle the night before a hearing in which the very future of America could be at stake.

Now let’s all incredulously sad-cry together after John McCain’s bizarre questioning of James Comey on Thursday in Washington, D.C. — and his even more bizarre attempt to explain the episode.

McCain found himself trending on Twitter for all the wrong reasons after Comey’s testimony. Comey, of course, was testifying before the Senate Intelligence Committee about President Donald Trump’s conduct and potential ties between the Trump campaign and Russia.  Read more…