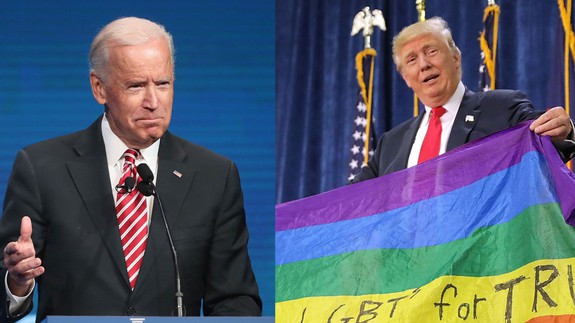 During his campaign Donald Trump pledged to fight for the freedoms of the LGBTQ community, but since taking office, he has yet to follow through on his promises.

Like many others, former Vice President Joe Biden has taken notice, and at a private LGBTQ gala in New York on Wednesday, Biden encouraged the community to take action against Trump’s administration.

At the gala hosted by the Democratic National Committee, The Associated Press reported Biden warned of transgender people “under attack” in Republican-led states like North Carolina and Texas, and urged members of the LGBTQ community not to become discouraged to the point of complacency. Read more…