Joe and Mika implore Trump not to watch their show in blistering, but sticky, editorial 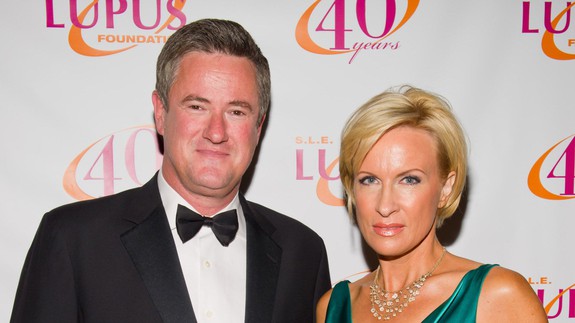 After Trump tweeted about “Psycho Joe” and “low I.Q. Crazy Mika” yesterday, the two decided to fight back — with more than his trademark, lazy 140 characters.

Scarborough and Brzezinski wrote a powerful op-ed for The Washington Post Friday morning, alleging that the President had an “unhealthy obsession” with the show and encouraging him to “keep his 60-inch-plus flat-screen TV tuned to Fox & Friends instead.”

SEE ALSO: Trump’s tweets were so sexist even Fox News was appalled

The two denied that they asked to join Trump’s New Years Eve party, adding: “He also claimed that he refused to see us. That is laughable.” Read more…